I visited Doug Wray who lives about one hour south of Calgary where he runs 300 Black Angus based cows. The ranch been in Doug's family for 100 years. He uses Beef booster and black angus bulls on a 2,200 acre ranch. Doug finishes off his steers at a local feedlot, where the steers are fed on a Barley based ration. The steers were putting on 2.7 pounds a day, and killed between 16 to 18 months of age where they dress out at a hot weight of 1650 pounds.

Doug practices a cell grazing system using a number of 20 acre paddocks and moves cattle every 3 days. The health of Doug's pastures with the aid of a variety of legumes established through the land was a credit to him. Doug and his wife do the majority of the labour on their ranch with some aid for the big jobs when its comes weaning time. I had a great day with Doug and his wife by topping it off with a BBQ and cold beer. 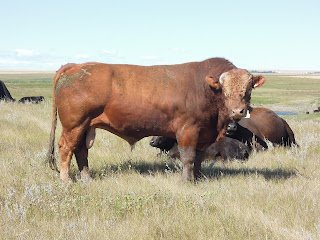 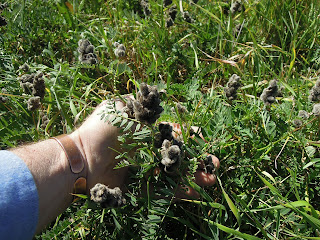 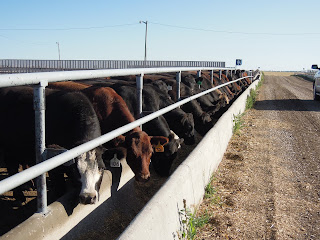 Ray Vella
Together with my wife, we manage the family operated cattle property at Bald Hills, Marlborough, Queensland, Australia. We run approximately 3000 brahman cross cattle on 18000 acres. Nuffield Australia has awarded me a 2012 Nuffield Scholarship kindly sponsored by MLA. I would like to tour properties being run productively and efficiently and to implement their concepts back into Australian farming enterprises, with enough flexibility to suit every individual grazing capacity. This blog is a photo journal of my Nuffield adventures. 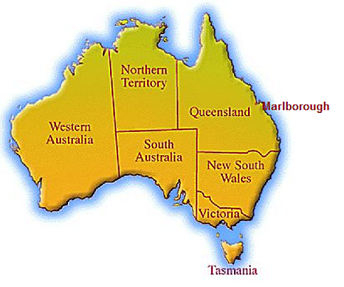